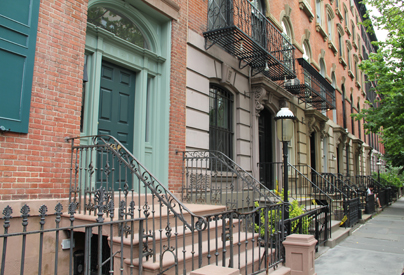 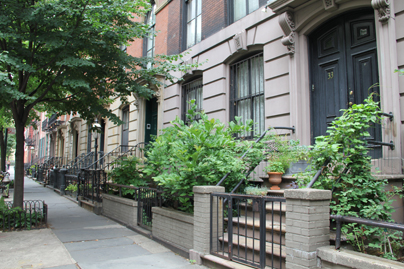 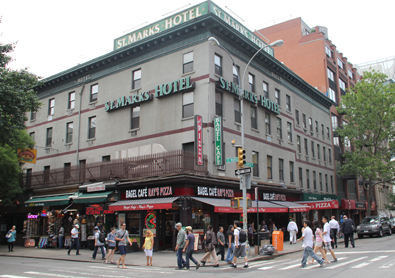 If the West Village is the historical heart of downtown’s highbrow, progressive culture, then the East Village is the heart of a more radical, vibrant brand of bohemia, which is uniquely New York. Like so many neighborhoods, the history of the East Village is also the story of various immigrant groups – Germans, Irish, Russian and Ukrainians were the first generations here, eventually followed by Latin Americans and two subcultures– hippies and punks. The hippies brought a burst of lasting psychedelic energy to the area while the Village Voice delivered radical politics and activism to the residents. In the punk era, St. Marks Place was the best destination for finding the perfect studded leather jacket – and still is. Brownstones and tenements dominate the area, with recent developments standing out on many blocks. For most of the 1970’s and 80’s, a rampant drug culture and resulting crime kept the neighborhood insulated from development and on the periphery of much of the life of the city. This attracted some of the most radical artists and fearless creative types, who forged a vibrant, “rough on the edges” subculture which flourished even more so in nearby Alphabet City. By the mid-90’s, a rapid revitalization occurred throughout Downtown, and the East Village became home to a large population of professionals, attracted by the restaurants, bars, shopping, community gardens, and city parks like Thompkins Square. Easily connected to the 6 subway line (and future NEW line currently under construction), and a quick walk to most of lower Manhattan’s neighborhoods, the East Village combines great location with an authentic local community that refuses to completely gentrify or forget their tie-dyes, Mohawks, blintzes or barrio.